"I loved this pattern. I just made it using 3 colors and love how it turned out. As I was making one for my 90 year old mom to use in her chair, I adapted the size. Changed the border only slightly."

"The abbreviation CL should be explained if this pattern is designated as "beginner". I have made many afghans with different types of clusters so I would also benefit from this information."

"Hi, I'm a little confused about those skipped sts behind the 4 FPtr. Do I pick those up when doing the odd rows of hdc? I haven't as yet and I find it leaves a big gap. Please advise?"

"Can you provide an updated link? The current one doesn't work."

"I noticed your question has been on here unanswered for years, over a decade actually, the yarn is a self striping yarn, so its a single skein with the colors in it. RS means right side in knitting. the knit version is on this page immediately under the crochet version, it is a short 3 line paragraph, so easily missed. This website hosts the patterns, so they are not going to email you back answers to your questions, that's why they have been on here for so long without answers. Hope this helps someone, even as late as it is, Happy knitting."

Show off your love of FaveCrafts.com with this knit hat! 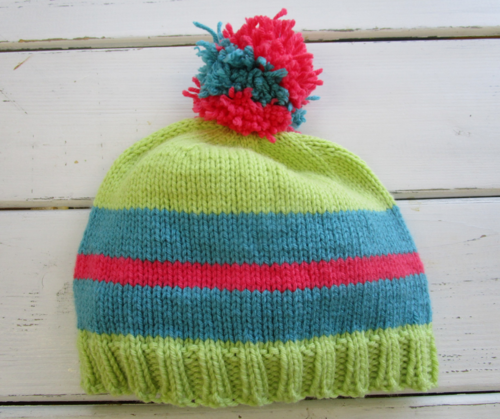 The colors only those in-the-know will know the lime green, teal, and hot pink of FaveCrafts.com! Now that FaveCrafts is ten years old, it's made quite a name for itself as the go-to for free crafting projects. Celebrate your love of FaveCrafts.com at your next crafting or yarn convention by knitting up a FaveHat. This easy knit hat pattern can be accomplished by anyone with the skills necessary to knit in the round. The simple colorblocked pattern is great for those who have never knit colorwork before and would love to give it a shot. Love FaveCrafts but not a fan of the colors? Pick any colors you want!

GaugeGauge is not critical for this project.

Round 1: Using color A, k around.
Switch to color B. Do not cut color A.

Next round: Using color A, k around.

Rep last round until hat measures about 7" from cast on edge.

This is a good place to switch from circular to double-pointed needles.

Make a 2-color pom-pom by first winding color B around your fingers until it is about half as thick as you would like your pom pom to be. Then, switch to color C and wind over the mass of color C you have created. Tie the ends of both colors of yarn together tight around the wound yarn, and cut the pom pom.

Attach to the hat so that color C rests on the bottom and top.

For a neater pom pom, use a pom pom maker.

k2tog
knit next 2 stitches together

The FaveHat is so cute! I love the color combination, and the two-toned pom pom is such a fun way to top it off. I might make it in black, white, and pink for a more neutral winter hat.

Add a touch of whimsical charm to your spring and summer decor with this Classic Country Scrap Wreath. Made using fabric scraps of a… See more Continue reading: "Country DIY Fabric Wreath Tutorial" 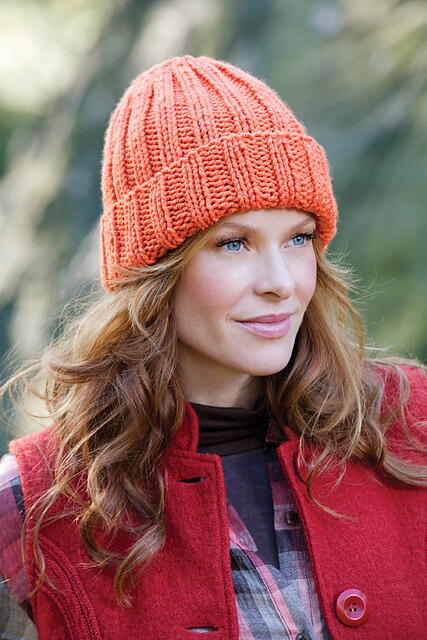 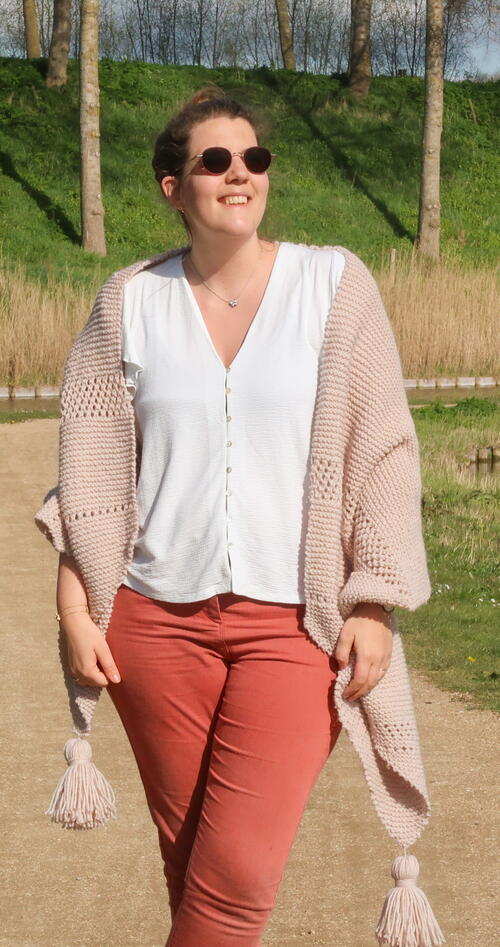